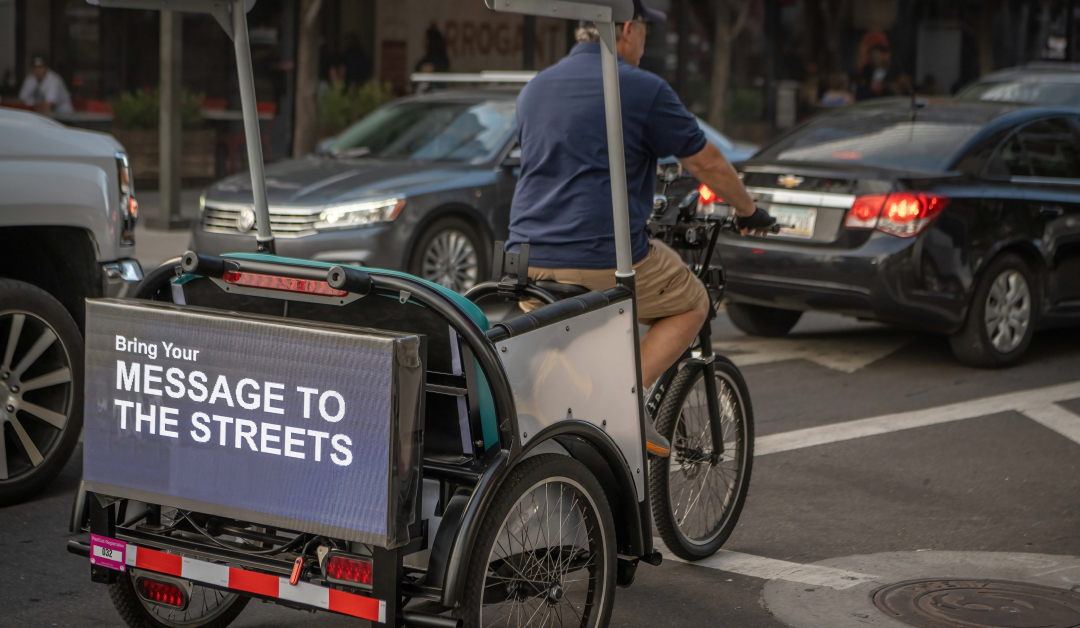 I wish I knew then what I know now.

Then again, how could I?
Since 1990, we have learned many things about the value of advertising on pedicabs. Soon after starting over 30 years ago a few truths became very clear.

Armed with this knowledge we began approaching local businesses and soon clients got on board.
Evian. Hard Rock Cafe. Molson.  We were on our way. Maybe.
Then we learned a new lesson. Selling ad campaigns is a full time effort. It’s a full time process.
Who has that time?
Agencies. Time to build relationships.
Since the 1990s, the journey has taken us on many paths. We have worked with many great agencies like EMC Outdoor, Coaster Outdoor and many more but the greatest relationship we have made is with an agency that does not sell ads.

For years, we saw the value of the full color static ads we can place on pedicabs and now other street level human powered vehicles. But, at the end of the day, you can really place one client at a time. Inventory can sell out quickly.
Since that realization, we have been chasing the digital delivery system. Could it work on a pedicab.
It has to.
Now it does thanks to SKOOP.
Having been introduced to them by another fellow fleet owner, Vince Wiley from Joyride Pedicab in Atlanta, we have worked with SKOOP and their CEO Josh Cooper to create a system where LED screens can be installed on pedicabs and deliver ads.
Now, here in Phoenix that dream is reality. Josh and his team was able to achieve this project effectively in Michigan. Seeing is believing and working with them every step of the way has us on the verge of something many thought could never happen.
I love when they think that.